I’ve been sick this past week, spending more time than I expected chewing aspirin and watching talks. I just wanted to recap the ones that stood out. 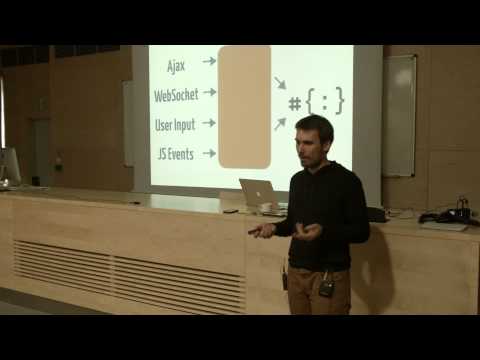 This talk goes pretty fast through the Clojure parts, and by the end there’s still several things Norbert didn’t have time for. Boot and Rum are featured prominently, especially the Rum mixins. DataScript and core.async make appearances, too. I should make time to watch more Lisp videos.

Prototyping an Ember.js App in 20 Minutes

First of all, Erik is hilarious. Second, he’s able to demonstrate both the current state and the future of Ember really well, all while coding on the fly. Not something you see everyday. Unless you’re Erik, in which case it’s just another day. Watch this one first if you’re indecisive. 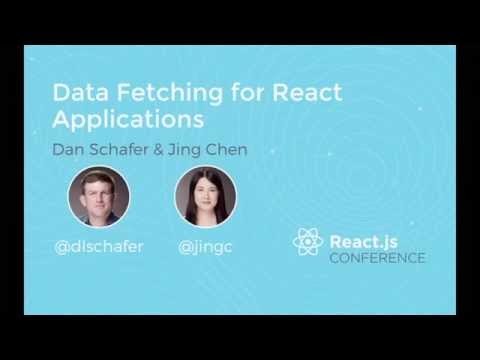 This talk moves fast and fixes broken things. Dan & Jing lay down some pretty high-level observations about how the flow of data affects the written structure of a React application: lots of parent-child dependencies, or lots of Flux stores. They present GraphQL as a nice solution to data dependency hell. 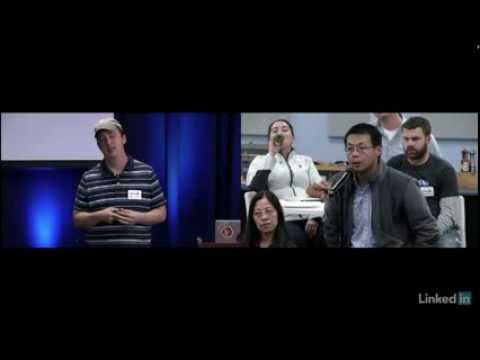 Add 1 Angular dev + 1 D3.js app and you get an Ember talk. (: Ben shows a small set of Ember components written to make simple D3 charts/brushes easy. Maybe I’m running on a small sample size, but Ember devs seem to have the best senses of humor. Enjoy.

I might post more talks later; I have built up a large queue that I’m sifting through. I’d recommend watching the videos at 1.18x speed: it’s like the speaker chugged a coffee beforehand. Happy hacking.